The Southern California Chapter of the Society of Automotive Historians announced the winner of the 2009 James Valentine Memorial Award is “LandSpeed” Louise Ann Noeth, Goodguys Goodtimes Gazette columnist and author of Bonneville Salt Flats. The award for periodicals is granted for Excellence in Automotive Historical Research was presented for her October 2008 column “The Science of Speed”

“The thing which impressed me about the article,” explained Chapter Director Bob Ewing, “was the importance of the physical records. Lots of people have anecdotes to relate about who did what and when, but to have actual physical evidence of the event years after it was over is something else again. A real human touch to the whole story.

The Valentine Memorial Award is named for the late J.H. Valentine, at one time the recognized authority of automobiles built in Los Angeles. Always a strong supporter of the Southern California Chapter SAH, Valentine devoted his life to accurately compiling nearly insignificant data on early automobiles one by one. With no chance of personal wealth, he ensured that future historians would have a large quantity of priceless material. The Valentine Award honors authors whose automotive historical research is linked to people and events in California, but does not preclude significant historical milestones anywhere in the world. 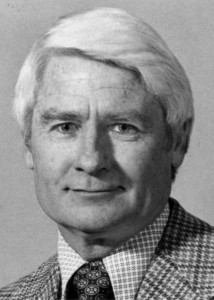 “Walt Sheehan is virtually unknown in land speed racing circles, yet he was directly responsible for all five of Craig Breedlove’s World Land Speed Records” said author Noeth of the winning column, “I am forever grateful to the Goodguys Gazette for providing monthly space the past seven years enabling me to tell wonderful stories of the worlds fastest cars, trucks and motorcycles. The Society of Automotive Historians Southern California Chapter humbles me with the honor.”

Noeth was first honored by her fellow SAH SoCal members when she was awarded the Valentine for her book: Bonneville Salt Flats in 2002. Known to her readers as “Landspeed Louise,” she became the first recipient of the award to be honored for both a book and an article in a periodical. “What’s an FIA World Land Speed Record Worth?“, which appeared in the Goodguys Goodtimes Gazette in October 2004, recounts her efforts to spur the FIA, which is nominally responsible for land speed record keeping as well as other aspects of motor sports, to officially recognize the efforts of competitors before they passed away. She again took periodicals top honors in 2006 with the September 2005 FUEL FOR THOUGHT column “Speedy Thoughts From Wally Parks”

To download a PDF of the winning article:
https://landspeedproductions.biz/media/FFT_Oct08.pdf