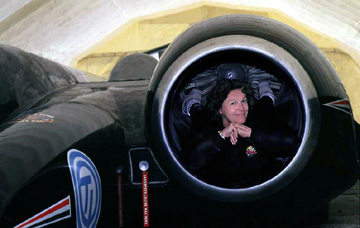 Louise Ann Noeth is a storyteller known for taking complicated subjects and making them entertaining while they  educate. You are glad you spent the time reading her words.

Ms. Noeth’s award-winning writing and photographic works have been published around the world in several languages. From the New York Times to Sports Illustrated to The Late Show with David Letterman and onto the international arena, her client list is diverse, thought-provoking and for the most part — fun.

A fancy moniker for what she does is “photojournalist”, but she prefers “storyteller.”

“I want people to be comfortable, become enthused when they venture into my stories and come away with something useful for the time spent,” explains Noeth.

Unlike most journalists, writers, photographers, artists, and publicists who focus on only one, or perhaps two disciplines, LSL noticed that she could get editors to give her more assignments if she could provide words and pictures — photographed or drawn.

“The hard part was convincing them that I could deliver quality in both areas, because my skills came from ‘on-the-job training’,” she adds, “I’ve never had any formal, academic training, just an overwhelming abundance of enthusiastic curiosity and I’ve discovered that, occasionally, I can whup a hot shot PhD in this news game. I create solutions.”

After several years of touring North America as a professional auto racer campaigning a 250 MPH jet dragster, she became a member of the Fourth Estate when she was hired by Petersen Publishing Company in 1979. As the first female editor-in-chief of any of the firm’s automotive publications, she produced:

and was a member of the development team for:

Eschewing the corporate life, LSL has been freelancing the past 25 years producing:

assignments for a wide array of:

Her column, Fuel For Thought, appeared monthly in the GoodGuys Gazette for 12 years providing readers with an insiders view of land speed racing that has captured numerous peer-reviewed accolades through the years.

She is wrote the critically acclaimed, award-winning “Bonneville Salt Flats: The Fastest Place On Earth” in print for 11 years and enjoyed seven printings. Currently under contract with the University of Utah Press, she is developing a manuscript with hundreds of accompanying photographs that will cover the first century of speed on the salt 1914-2014.

Noeth serves a judge for the Society of Professional Journalists, is Chief Judge for International Automotive Media Competition as well helping a variety of hobbyist photography groups and county fair contests.

As one of few women auto writers/racers in America, her moniker “Landspeed Louise” is well-deserved and hard-earned. She has served on several auto industry technical committees developing self-regulating guidelines in tires, suspension, emission controls and contributed to regulatory discussions with the Secretary of Energy in Washington, D.C. that resulted in a shift in national policy. Comfortable and competent behind the wheel of any car, or truck, she is also an accomplished motorcyclist, licensed pilot and blue water sailor.

Her book, Bonneville Salt Flats was the 2002 winner of the Society of Automotive Historians Southern California Chapter James Valentine Award, presented in recognition for accuracy in historical research. She has also won the Valentine Award four times for her work in periodicals – all focused on land speed racing.

The All American Racing Writers and Broadcasters Association (AARWBA) has repeatedly selected Ms. Noeth’s  for honors in:

She has served on the Board of Directors with the Motor Press Guild, the largest automotive group of it kind and has served as an Officer of the International Motor Press Association.

Using her camera as an “electronic paint brush,” Ms. Noeth’s photography assignments have taken her around the world. The adventures have been compiled into a substantial stock library that offers licensing opportunities of images. LSL frequently donates her time to schools, non-profit and civic organizations as a public speaker and photography judge.

Community Service is a must for Noeth, who earnestly believes in pro bono work on a grassroots level, where she can be of direct and lasting use to others. Taking her photography skills to “Rebuilding Together,” where volunteers spread out throughout the local community repairing and improving  homes of elderly, disabled and those less fortunate. 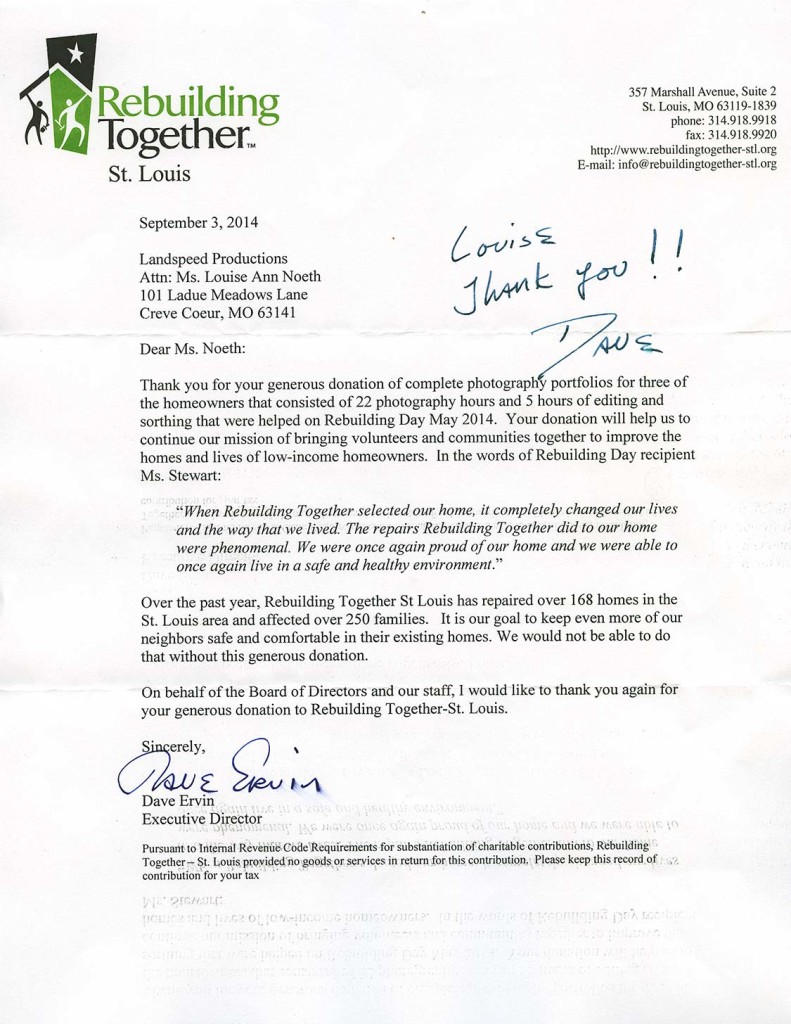 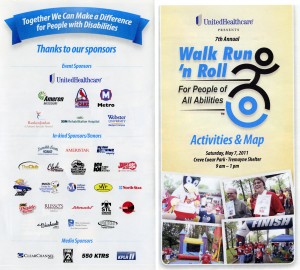 LandSpeed Productions was a sponsor of  the 2010 WALK, RUN, ROLL For People of All Abilities in St. Louis, MO. The fundraiser to support people with various levels of disabilities. Grand Marshall NFL star Adam Goldberg helped make the 7th Annual Walk Run ‘n Roll was a HUGE success with more than 1,000 people walked, ran or rolled to make a difference by raising in excess of $130,000!

The event is a collaborative partnership between 10 St Louis area agencies that serve people with cognitive and developmental disabilities. Rarely do agencies partner for a common cause, let alone when it comes to fundraising, but executives at The Center for Autism Education, The Center for Head Injury Services, Community Living, Emmaus Homes, Giant Steps, Life Skills, Pathways to Independence, The Pujols Family Foundation, Rainbow Village and TouchPoint Autism Services  believe 10 is better than one. Details: www.walkrunnroll.org/

Noeth’s art and photography has been exhibited at the:

Ms. Noeth’s biography appears in many “Who’s Who” books including:

I curtailed my publicity efforts back in 2005 opting to work with a very limited, select, number of clients. However, “life in publicity land” has been damn gratifying and I offer a look at some of fun from years gone by.

George Poteet/ Demon’s Dozen — Commissioned to write a book chronicling the astounding performance of his streamliner race car that recorded 12 speed runs in excess of 400MPH that results in one national and two worlde records in the 2012 racing season.

Aerodine — Project Publicist and writer for work entitled “The Wing that Won the World” that not only told the company’s story but went onto to win a national writing award.

TEAMVesco — Team publicist 1999 through 2003 for Don Vesco, the current World Land Speed Record holders with a 458 m.p.h., set on the Bonneville Salt Flats in October 2001.

General Motors — Various years. Conducted a variety a research studies on behalf the largest automaker in the United States that were the basis of a several motorsports programs.

McNish Classic Yacht Race — Publicist since 1990, one of my active public relations client, this race is living history afloat. One of four premiere classic yacht races held along the western seaboard, it has been held annually since 1977. The Southern California race is sailed in the waters outside the Channel Islands Harbor each August and attracts the some of the most historically significant schooners, sloops, cutters, ketches and yawls of the Pacific.

Jeana Yeager / Voyager — For many years I have photographed and provided publicity consults for this celebrated aviatrix who was one of two pilots who successfully flew around the world non-stop, non-refueled in 1986.  Her airplane, Voyager is on permanent display at the Smithsonian in Washington, D.C. Yeager is wonderful role model for girls, she is the living embodiment that enthusiasm, passion and dedication can result in earning a permanent place in history.

Project R.A.F.T. — A citizen diplomacy group that employed white-water river rafting as a model for world peace. The group organized a heavily-attended multi-national, multi-year competition in Siberia, Turkey, Nepal, United States and Costa Rica. The linked article by Bill McGinnis, who sat next to me on the 3-day long bus ride from Barnaul to the Chuya River in Altai Mountains, is a perfect explanation of why a couple hundred Americans went to the then Soviet Union as Citizen Diplomats. this event, above all others, made the biggest difference in how I live my life.

Buffalo Bill’s Wild West Show & Congress of Rough Riders of the World — Publicist for this show in 1987/1988. More than 50 performers from three countries were assembled by famed cowboy Montie Montana Jr. to recreate the legendary Bill Cody’s extravaganza that toured the world at the turn of the last century. Booked into the Insara Stadium in Jakarta, Indonesia for a month of more than 50 performances, the talented troupe brought the American wild west to far east.

Spirit of America Racing Team — 1996 Team Administrator for the latest attempt by world speed record setter Craig Breedlove. Initial publicity for the project was generated by a comprehensive media kit and a race car introduction at the Petersen Automotive Museum in Los Angeles, California. This campaign generated millions of dollars in print and electronic media for more than three years.

Flatfire Racing Team — Publicist and photographer 2002 & 2003. The World’s Fastest Flathead owned and driven by Ron Main, the streamliner is powered by a 1946 cast iron block that produces more than 700 horsepower and set a land speed record of more than 300MPH at the Bonneville Salt Flats in 2003.

BWS Racing Team — Publicist and photographer 1998 – 2000. This land speed racing team earned the 1998 SCTA points championship with Dreamliner, a custom-crafted streamliner built by Dave Brant and John Wright. During its first three years, it set a speed record on every attempt. Joined in 1997 by Randy Speranza, the trio is seeking plus 200mph record on the Bonneville Salts.