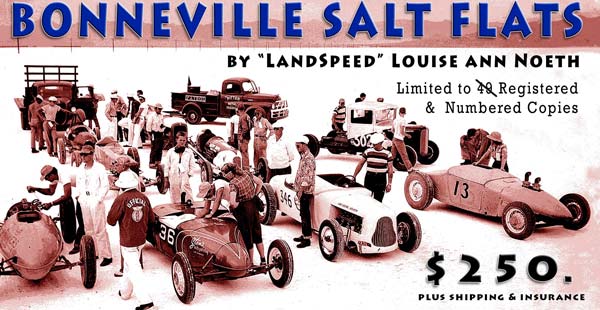 Each edition with have the author’s signature and number rank (1 of 49, 2 of 49, et al). The books are the last of the cloth, hard cover editions that the author has been dragging around for several years getting signatures from the land speed racing greats who graciously agreed to help put this project together.

The books are a bit scuffed and the pages have been flipped nearly 100 times each as every person signed their name. Care has been taken to keep the books as pristine as possible, but there is some visual wear from all the handling. Please contact us in advance to order a specific numbered edition and arrange correct shipping.

Released in 1999, the hard cover and limited slipcase editions sold out in 2006. The soft cover sold out at Speedweek 2010 — the last copy going to a member of Dennis Varni’s Speed Nymph streamliner team. It’s been a great run! 7 printings over 11 years. Thanks to everyone who purchased my book, hope you have enjoyed the speed ride.

Every exclusive edition sold with 100 land speed racer signatures collected by the author, including: 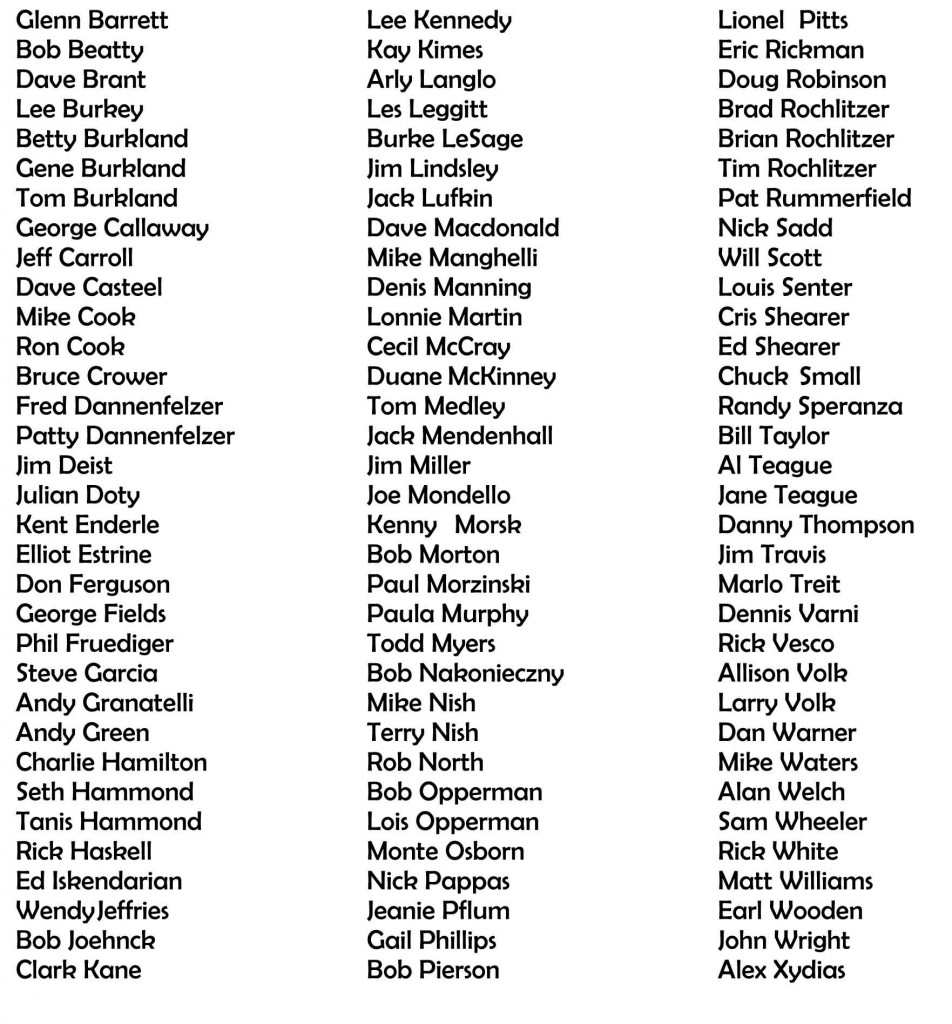 A portion of every sale was donated to SAVE THE SALT 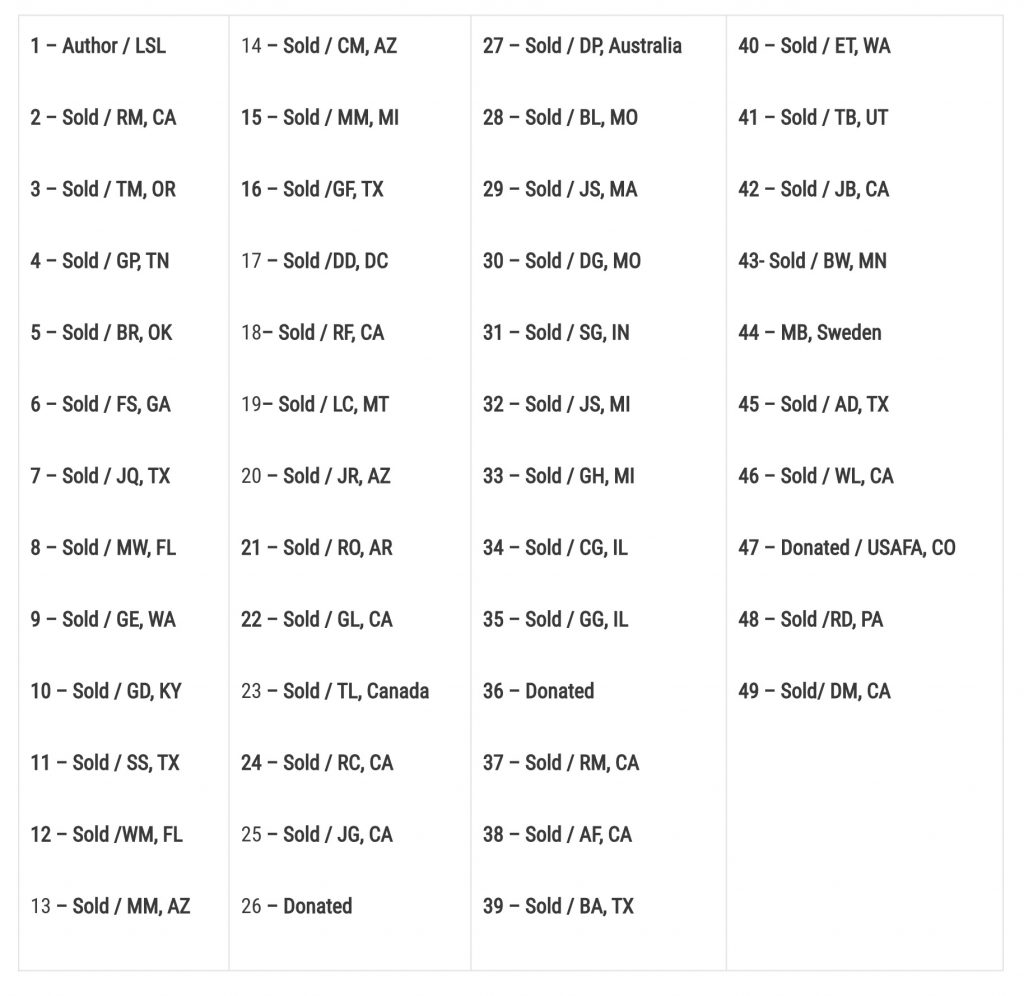 What Others Think About This Book . . .

“LandSpeed Louise has captured the essence of what is magical in the salt’s many attractions for special breed of automotive experimenters . . .(we) are deeply indebted to author Noeth for her preservation of that awesome history.”

“Books about Utah’s Bonneville Salt Flats are nothing new, until this one . . .”

“This is a great book, I really enjoyed it.” – Jay Leno, Tonight Show Host, NBC-TV

“The book does full justice to the little guys who invade Bonneville every August; it is rich in human stories . . .”

“One of the best tributes to the Mecca of all-out speed ever written.”

“The best book ever written about the salt . . . even if you are not a land speed fan, this book makes for great reading.”

“Louise Ann Noeth has captured the unique flavor of this extreme edge of the motorsports world.”