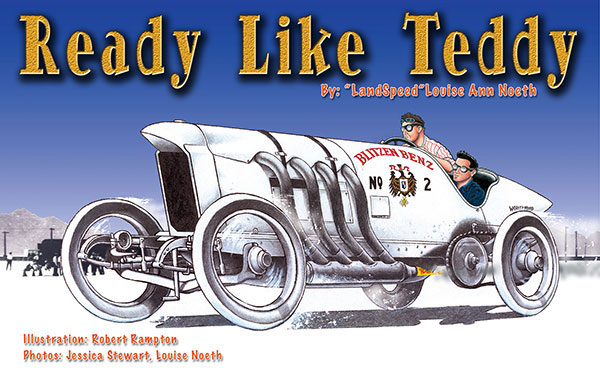 A century of speed has rolled across the famed Bonneville Salt Flats. Starting in 1914, with “Terrible” Teddy Tetzlaff, the velocity milestones are still rising, roaring and raging. The 2014 racing season brings Kaylin Stewart, a rookie 16 year-old teenager to the starting line determined to set a class record in excess of 200 miles per hour.

First-time racers at the Bonneville Salt Flats are affectionately called “salt virgins” because running on the panoramic sodium-soaked pancake always imparts startling insight about its many hidden difficulties. Every smarty pants who thinks otherwise gets a life lesson that hopefully doesn’t cost too much in crunched parts and bunched undies. Containers of cash won’t ease the pain either. The original salt virgin came to this hallowed speed Mecca back in 1914. “Terrible” Teddy Tetzlaff was the King of the West Coast drivers, a two-time winner of the Santa Monica road races and holder of innumerable course speed records.