When it comes to “car films” you can count really great ones on one hand. Add Boys of Bonneville to that hand. This wonderfully crafted documentary has absorbing historic footage combined with a fine cross-section of folks who speak with authority (Hugh Coltharp, Gordon E. White) and sometimes only awe (Jay Leno) about David Abbot (Ab) Jenkins (1883-1956) whom many steadfastly believe is the “Father of salt racing and his son, Marv Jenkins.

It was Ab’s dogged determination that put the Bonneville Salt Flats on the international racing map, not to mention the hundreds of speed marks he set there proving the salt’s worth. 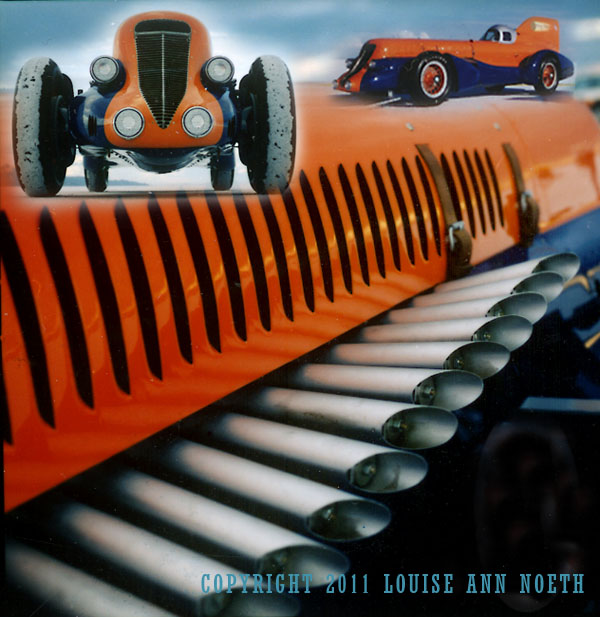 Considering his limited resources, Jenkins racked up remarkable achievements. What distinguished him from his contemporaries was his precise use of local, “tribal” salt knowledge and unlimited guts. He was a deeply religious man who put his faith in God, and by God, he went far.

Jenkins was often oxymoronically called “The World’s Safest Speedster” because he set more world records than any other driver, past or present, yet he was prouder of his million-mile “no accident” street driving record than all his speed and endurance records combined. His watchwords were simple: Safety First.

Moreover, the vintage film footage shows first-hand what a relaxed champion he was — exiting his Bonneville Salt Flats racing machines after a grueling 24-hour endurance run as though he were climbing out of a limousine on Broadway.

It took several decades later to topple Jenkins exhausting, 48-hour endurance record. As for the marks that have fallen, it required the efforts of several drivers compared to Jenkins single-man driving shows. However, many still remain intact today.

One-time considered Utah’s “one-man public relations machine,” Jenkins racing fame got him elected Mayor of Salt Lake in 1940 without ever giving a speech, or spending a nickel on a campaign. He served until 1944.

Ab Jenkins was the certainly the first person catch “salt fever” and luckily he passed it on to succeeding generations with a need for speed. When Jenkins died at age 76, on August 9, 1956, the world was a little slower for him having done so. 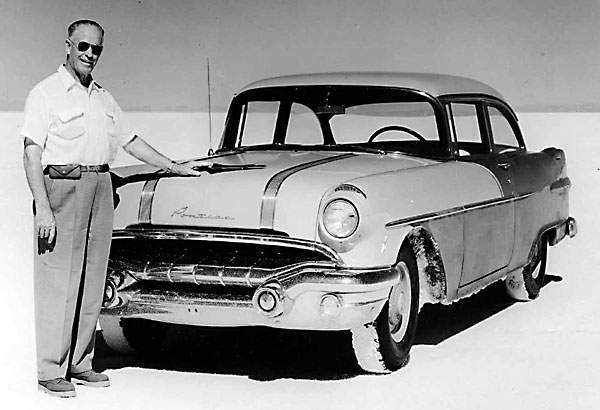 If the film has one flaw, it failed to clearly document that it was Jenkins and his son Marv’s super human driving efforts on behalf of General Motors Pontiac Motor Division that caused the executives to name the new V8 Fuel Injected 1957 model “Bonneville” when the pair set dozens of speed marks out on the salt. It is the only car in the world that “earned” its name and not simply “given” its name.

If it was a matter of total run time at stake, the comments from Donald Davidson would never be missed giving viewers another sumptuous morsel of achievement from two ordinary men who did extraordinary things.

Land speed racing continues today on the flats, it is an iconic slice of what remains of American frontier life, great daring-do with all the ponies now under the hood. 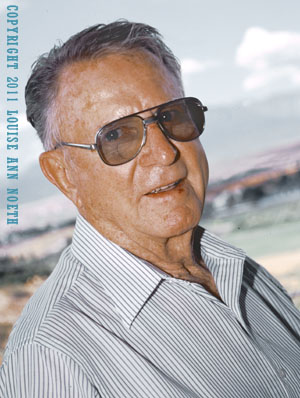 When writing my book, Bonneville Salt Flats, I was privileged to be given unrestricted access by the Jenkins family to their personal files and photo collection. I spent several days in Noma and Marv’s in St. George, Utah home researching the the early days of the sport going through Ab’s entire career. It was a phenomenal collection of documentation, photos, letters and personal commentary of the era.

I came away thinking, “there ought to be a film made about these two” and now there is. Although the Jenkins name has faded away in motor sports, Director Curt Wallin has done a masterful job in resetting the consciousness level together with great editing and well-paced, informative writing that even a Hampton Socialite would be happy miss a nail appointment to see the film.

The film will be shown on the big screen in Wendover, Utah during the 2011 Speedweek and Pebble Beach in Carmel, CA,  the following week as well as during a variety of  film festivals, but will not be put into general distribution for too many reasons I won’t bore you with here. For more information about screenings near you, or how to buy the DVD, navigate to: http://www.boysofbonneville.com

In the spirit of transparency, you’ll see my mug, or hear my voice in the film a few times. My only regret is not taking time to “powder my nose” before Wallin and crew filmed my interview at the Indianapolis Speedway Museum. Consequently, I look like I have just been dragged through the hedge backwards after spending a day in Gasoline Alley running around with Paula Murphy and Andy Granatelli (the guy makes the Energizer bunny look like  slug).