This car announced itself with cacophonous ferocity the first time I brought the engine to life in the LAX airport parking garage. The tight concrete surrounding flung the roaring, growling exhaust notes thundering throughout the facility causing every person to stop, turn and take note of the Hellcat. Much as I l

oved the sound, the attention was unexpected, unnerving and made me wonder if this was the respect Caesar got when he marched into Rome after some foreign conquest.

The heft of the clutch as I engaged 1st gear made me acutely aware this car demanded my full attention and application of driving skills. This was no ordinary grocery-getter. Thankfully I had dutifully belted in because I had forgotten the Hellcat came shod with Brembo brakes. This cat’s “whoa” was as powerful as its 707HP “go” reminding me with a deserved Leroy Jethro Gibbs smack on the back of the head the first time the 6 pistons grabbed the caliper riveting the car to an immediate stop. OK. Won’t do that again.

Backstory: My daily drive is a C6 Corvette convertible, an engineering model I bought from GM PR when they still did those things. Corvette Centurion Dick Guldstrand promptly installed a cold-air induction system and later the stock exhaust got swapped out for the GM performance version so you can understand that performance driving is the norm, not the exception in my world. Frankly, if it rolls, flies or floats, I can pretty much operate it; performance is it not what I do, it is who I am.

The Hellcat was mine for a couple weeks, no one else was driving it save World Land Speed Record Holder Al Teague (409MPH) who marveled at its smooth clutch; he who shifted his supercharged HEMI only once every 100MPH on the Bonneville Salt Flats.

Can’t tell you where, but will tell you that Hellcat effortlessly goes from zero to 85 and back to zero in just a few seconds. When I was demonstrating the first half of the exercise to Mr. Teague  he expressed audible concern to which I replied, “No worries Al, its got Brembos!” and walloped the brake pedal. Don’t look for the dime sweetheart, we’re on it. In the back seat, all we heard was Mr. Miller laughing lustily.

The Hellcat mission was to drive up Pacific Coast Highway to the 2.2 mile Mazda Raceway at Laguna Seca for the Western Automotive Journalists “Media Days,” a mundane title for a full-day of rapturous track-driving the 5 dozen, or so 2016 new cars provided by gracious and trusting car manufacturers around the globe. These automotive journalist-only events provide a significant, back-to-back “taste test” of same segment vehicles in a safe, orderly method.

Don’t be fooled, we who still know how to drive manual transmission cars (IMO every auto journo had better know how, or they are nothing more than illegitimate posers suckling on the OEM publicity budget teat) drive with satisfying gusto around all 11 elevation-changing turns finding great pleasure straightening out the corkscrew with every lap. My God, I love that track and hope the County Park Commissioners come to their senses about SCRAMP.

The Hellcat never got on the track. Instead I drove into the paddock and parked the well-mannered beast where every testosterone-producing human could see it and headed for the Vipers.

Then it happened. The testosterone producers started in on me about the red key. “You got the red key?” How come you got a red key?” “Wow, someone must really like you to get the red key!” This went on all morning because I had clipped the keys to my belt in order to NOT lose the fob and have to confess to FCA PR leader Scott Brown I was a dunderhead. It was he who explained to me what the fuss was all about — the black key limits HP to 500 while the red key unlocks all the HP nirvana.

Now wishing the fob glowed it was “neener, neener, neener” for the rest of the day.  It also bumped up my “momma cat” protectionist respect for Hellcat. If FCA’s Brown trusted me, then by God I better do my best to not get arrested, or have kitty impounded during this fleeting love affair. In short, give the thing back exactly the way I got it, save a bit less rubber and clutch plate. 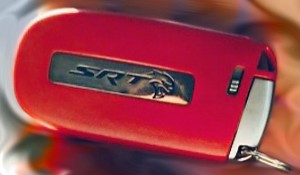 Bless us and keep us, somehow I gotta convince the Hellcat overlords to bring a pride of these cats to the Bonneville Salt Flats to run the USFRA’s 150MPH Club – not as easy as you might think with density altitude sometimes hovering past 7,700 feet.

The exhaust notes are intoxicatingly influential causing law abiding folks to throw caution into the inferno. By and large, common cars dare not sniff the Hellcat’s resolve, but every so often along came a testosteronal neanderthal who tried before he cried. Did you know you can break loose the Hellcat’s tires in 3rd gear? From San Diego to Monterey, whenever I wanted to be first, I was.

With every “ride” given, without exception, including my US Navy Seal buddy Joe, Music Composer Mike, Superior Court Judge Ed and Professor Gus, the first word response was the same: “expletive!!!!” followed by a verbal raging river of praise. I tried to give Police Chief John a ride, but the boy was too busy being in charge when I blew through his lovely town. Your loss Johnny boy.

Jordan and his parents doubtless got the best ride and drive as we lifted the eyebrows of dozens of Friday commuters taking a fast lap around their little SoCal town. My 11 year-old co-pilot will never be the same, Hellcat pictures are now on his bedroom wall and Dodge has a loyal fan for life. 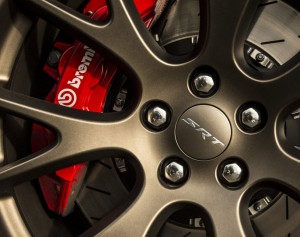 The interior was commanding, comfortable with all controls within easy operational reach. I never once felt the need to “get out and stretch” on long mileage runs. The bluetooth phone connection was flawless. The sound system: ditto. The various optional driving modes puts you and Hellcat in just the right suspension set-up.

Niece Emma and Nephew Jack thought I was the coolest Aunt ever driving them all over the Ojai Valley, especially since they both had plenty of foot room in the back seat and squealed with delight when I demonstrated the precision quickness with which Hellcat can change lanes in addition to its grand prix lefty/righty reflexes.

Mercy. I love this car.

What you got here folks is a full-tilt race powertrain expertly fitted into a street machine complete with all manners required to co-exist peaceably within the law. I’d take a Hellcat over a Viper any day. Oh! and so very clever using one of the headlights as a snarky air intake for the supercharger. Bravo for keeping a proboscian breather off the hood. The sticker was a mere $68,000. for something that could flick off a Porsche without missing a rev.

It was a heavenly interlude with the Hellcat’s powerful purr as just we two motored up the Pacific Coast Highway drinking in the gorgeous rolling surf.

Me? I need more Hellcat days. 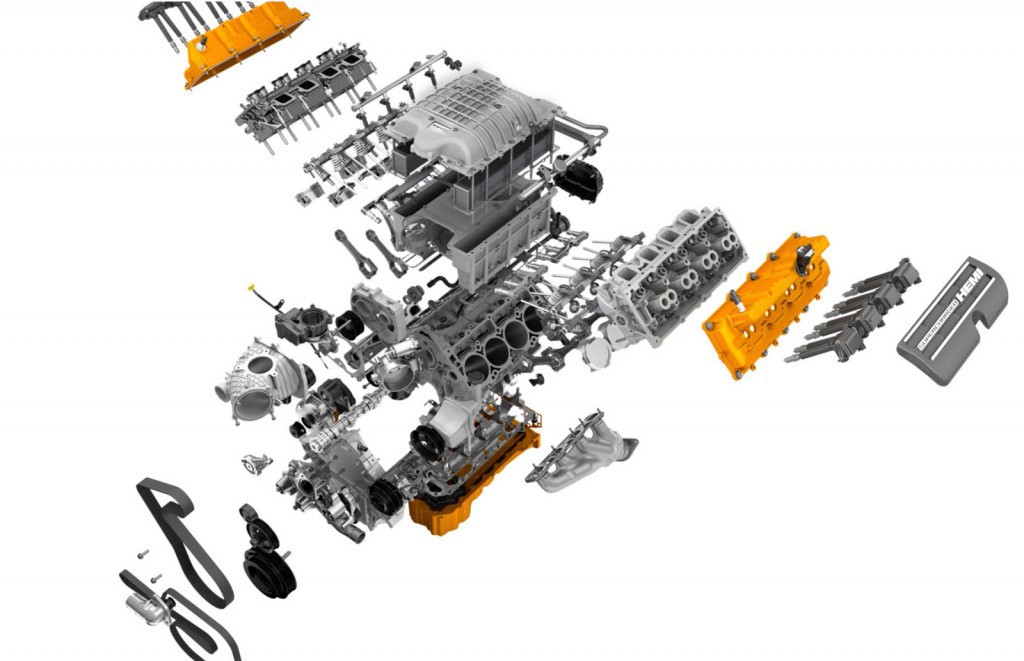