Boiling across Edward’s Air Force Base in California on Tuesday,  August 25th, at 8:19am (PST) Charles Burnett III successfully broke the land speed record for a steam powered car – which has stood for more than 100 years – achieving an average speed of 139.843mph on two runs over a measured mile.

Driver Charles Burnett III piloted the car for both runs reaching a peak speed of 136.103mph on the first run and 151.085 mph on the second. The new international record, which is subject to official confirmation by the FIA, breaks the previous official FIA record of 127mph set in 1906 by American, Fred Marriott, driving a Stanley steamer at Daytona Beach.

As he was congratulated by his jubilant crew, principal driver, Charles Burnett III said: “It was absolutely fantastic I enjoyed every moment of it. We reached nearly 140mph on the first run before I applied the parachute. All systems worked perfectly, it was a really good run. The second run went even better and we clocked a speed in excess of 150 mph. The car really did handle beautifully. The team has worked extremely hard over the last 10 years and overcome numerous problems. It is a privilege to be involved with such a talented crew, what we have achieved today is a true testament to British engineering, good teamwork and perseverance.”

Project Manager Matt Candy said: “The first run took place at 7.27am when the air temperature was a cool 63 degrees Fahrenheit, the team turned around the car in 52minutes (with just 8 minutes spare) in preparation for its return run.  The British Steam Car takes 2.5 miles to accelerate and after the measured mile, a further 2.5 miles to decelerate – so each run was over 6.5 miles. The FIA requires that the return run takes place within 60 minutes. The times of the two runs are then averaged to obtain the official recorded speed. Compared to the testing we did in Britain, the British Steam Car ran 12 times the distance and twice the maximum speed ­– all within one hour. It’s been a huge challenge for all.

Pam Swanston wife of the late project manager Frank Swanston was overcome with emotion after seeing Charles power the supercar across the dry lake bed, she said: “If only Frank was here today, it was his vision that made it a reality. He would be incredibly proud of the team’s achievements and always believed we would succeed. Today we celebrate this record for Frank.”

Weighing three tons, the sleek 25-ft British Steam Car is made from a mixture of lightweight carbon-fiber composite and aluminum wrapped around a steel space frame chassis. It is fitted with 12 boilers containing nearly two miles of tubing. Demineralised water is pumped into the boilers at up to 50 litres a minute and the burners produce three megawatts of heat. Steam is superheated to 400 degrees Celsius which is injected into the turbine at more than twice the speed of sound.

Driver Charles Burnett III was born in England in 1956 and educated in South Africa and the United States.  As a legitimate tri-national – his mother was Canadian and his father American – he inherited a love for travel and all things mechanical from his father, who raced hydroplanes and restored Hudson automobiles.

A long-time powerboat enthusiast, Charles set up Vulture Ventures, a UK-based offshore racing team, which soon became known as the world’s most successful team in the sport.  During this time, Charles took a variety of world records using catamarans and monohulls powered by diesel, petrol and LPG. He was included in the Guinness Book of World Records in 1999 for an offshore water speed record of 137mph.

The team acknowledges the achievements of the “Barber-Nichols Team”. Their vehicle ‘Steamin’ Demon’ is/was currently the fastest steam car in the world. In 1985 The Barber-Nichols Team carried out three successful passes and achieved an American National Record at 145.607mph. There was no attempt to establish an FIA record. However, the British Steam Car team recognized this speed as the record to exceed.

Check Back later for detailed commentary on the project. 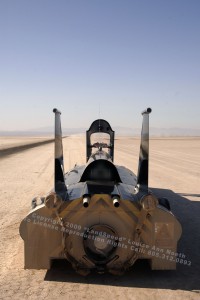 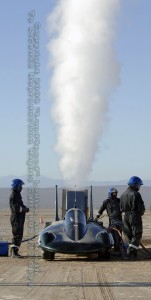 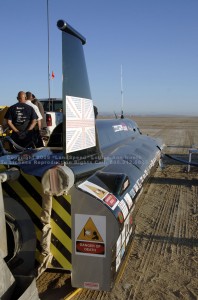 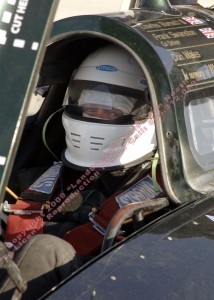